Skip to content
shop updated! you can now explore the new game section!!!Subscribe to our newsletter to be always posted about new releases. Subscription form below on the right of the home page.
Hey souls,
I really hope you'l are fine and healthy there. Here the vaccine campaign is going on and we begin to smell the normality, the proof is we attended the Lucca Comics 2021. It was in a reduced size, but we are really glad to have seen our expectations far achieved, thanks to everyone came to visit us. 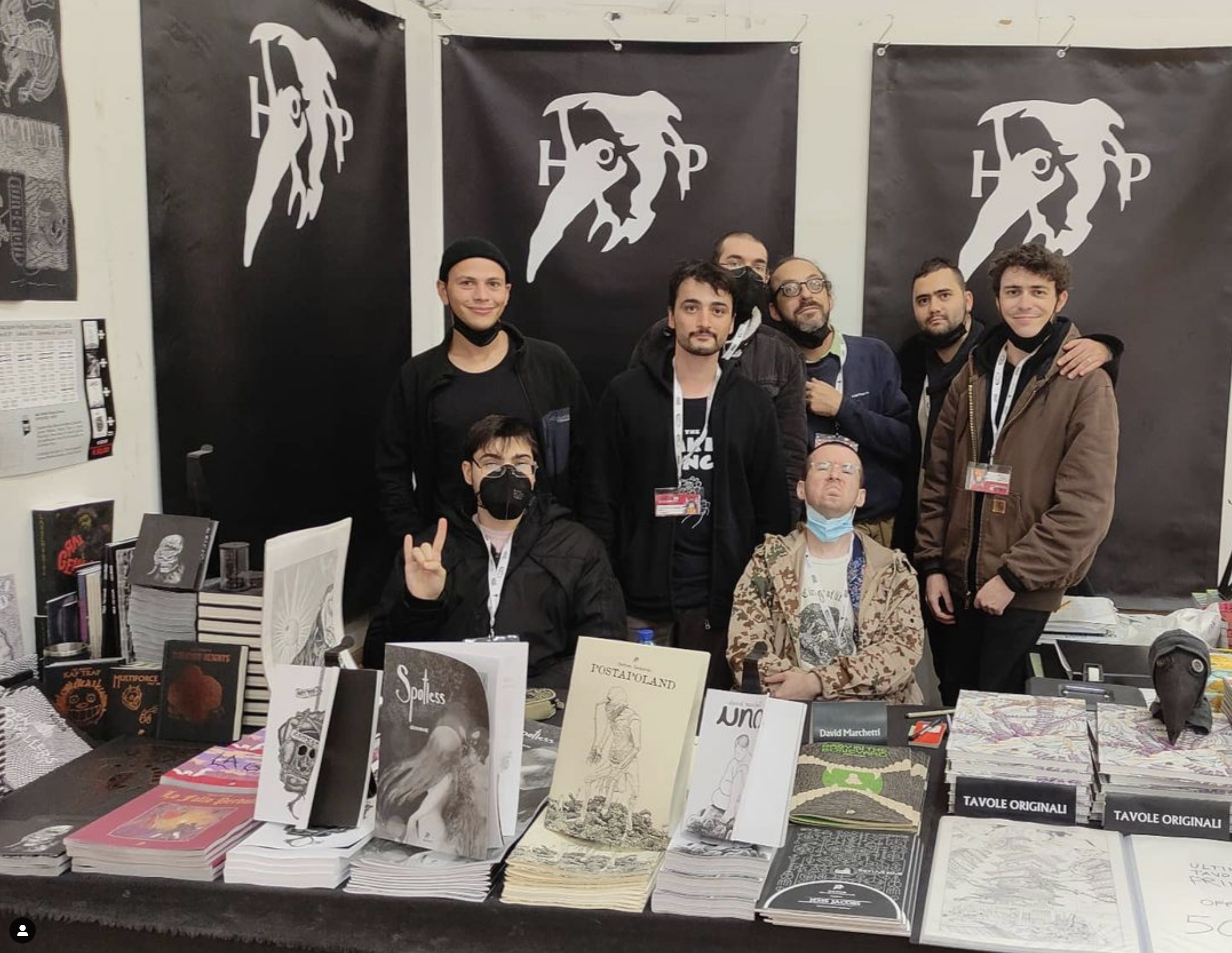 so, first of all I want notice you that in Lucca we had all the new young artists with a special offer, about 15% off for the pack including the four new comics, 50€ instead of 58€
obviously this offer is extended to you all for a limited amount of copies, you can get it HERE!
let's now present all the new four books!
(I have exposed my thoughts about them in past yet, so right now I want just attach an introduction and some pix to introduce them and let you deduce by yourself how much this stuff are cool, and mostly how much these young and talented artists deserves to be supported)
-
UNO by David Marchetti
360 pages, huge! A5 size, embossed on the cover
one is in the shadow - one is in the dawn
one is in the storm - one is in the silence
one is in the path - one is in the wilderness
one is in the conflict - one is in the love
one is in the observation - and sees one that stands alone
one gets closer - asks for a hand
together they walk - like only one 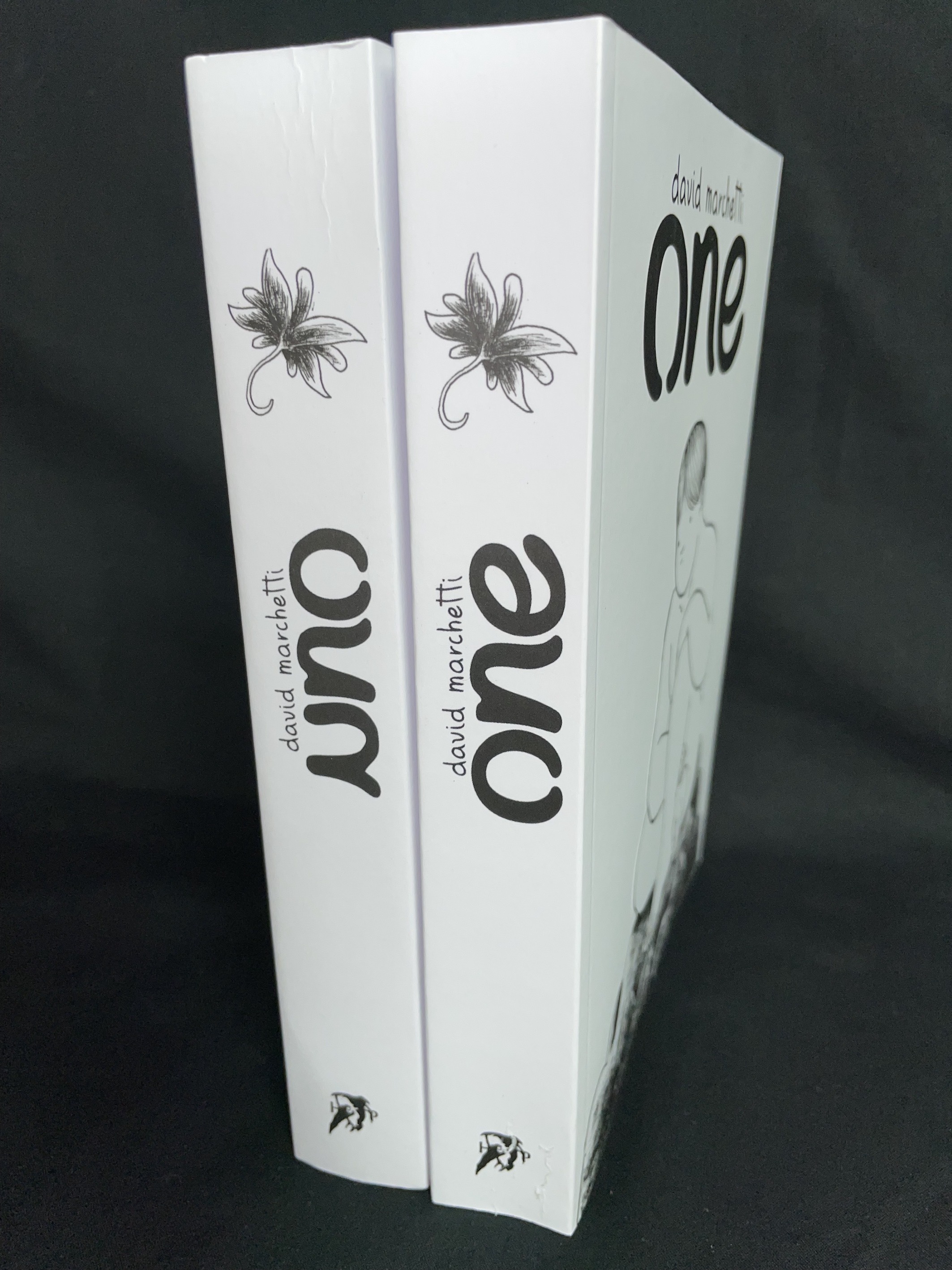 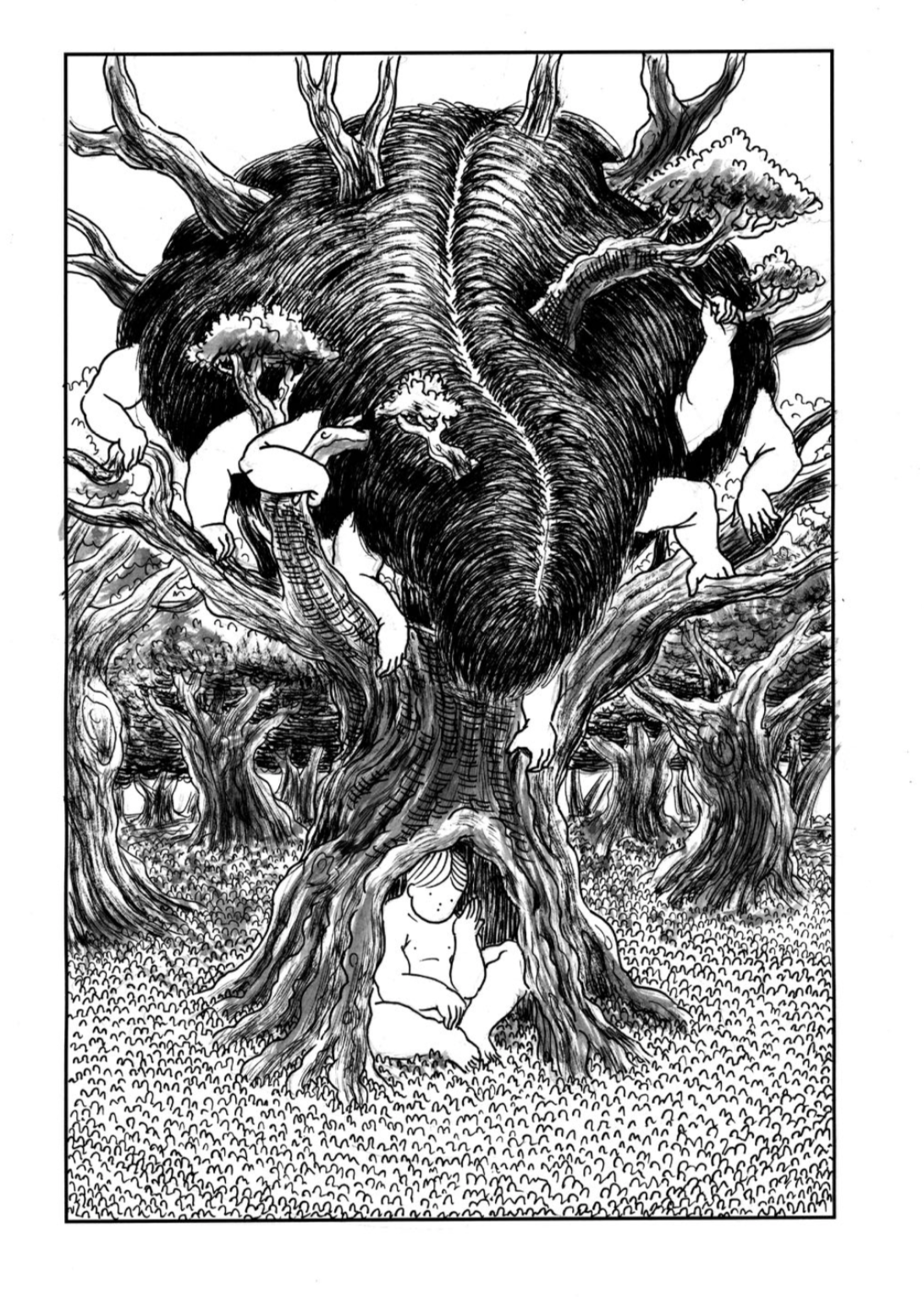 YOU CAN FIND IT HERE
We are really glad to say that David Marchetti made the drawing of the official BilBolBul festival, and he will be presented in a talk by the great comic artist Manuel Fior... nice start!
also, we selected with the artist a bunch of very cool original artworks from the book up for sale, give a look HERE
-
Appeso by Marco Testa
116 pages, 17x24cm, with a "cut" effect in the eyes of the cover!
(if the english from the introduction is bad it's normal, it's mine and not from the book!)
I'm Hanged tells of disorientation, suffering and repulsion, through a journey into the psyche of the unfortunate protagonist. When he thinks to be came up with an answer, he will understand that it is the very question that he had from the beginning. 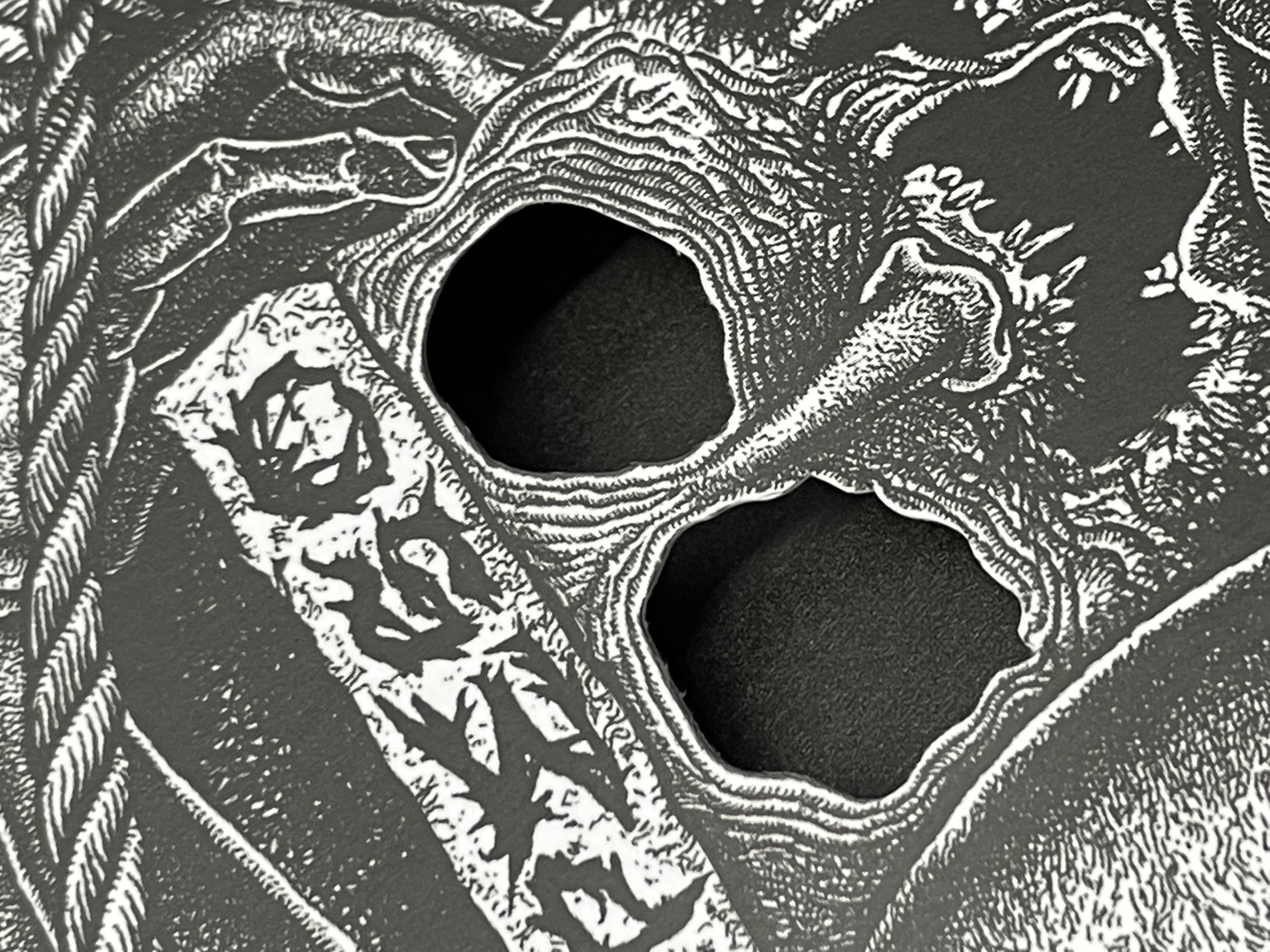 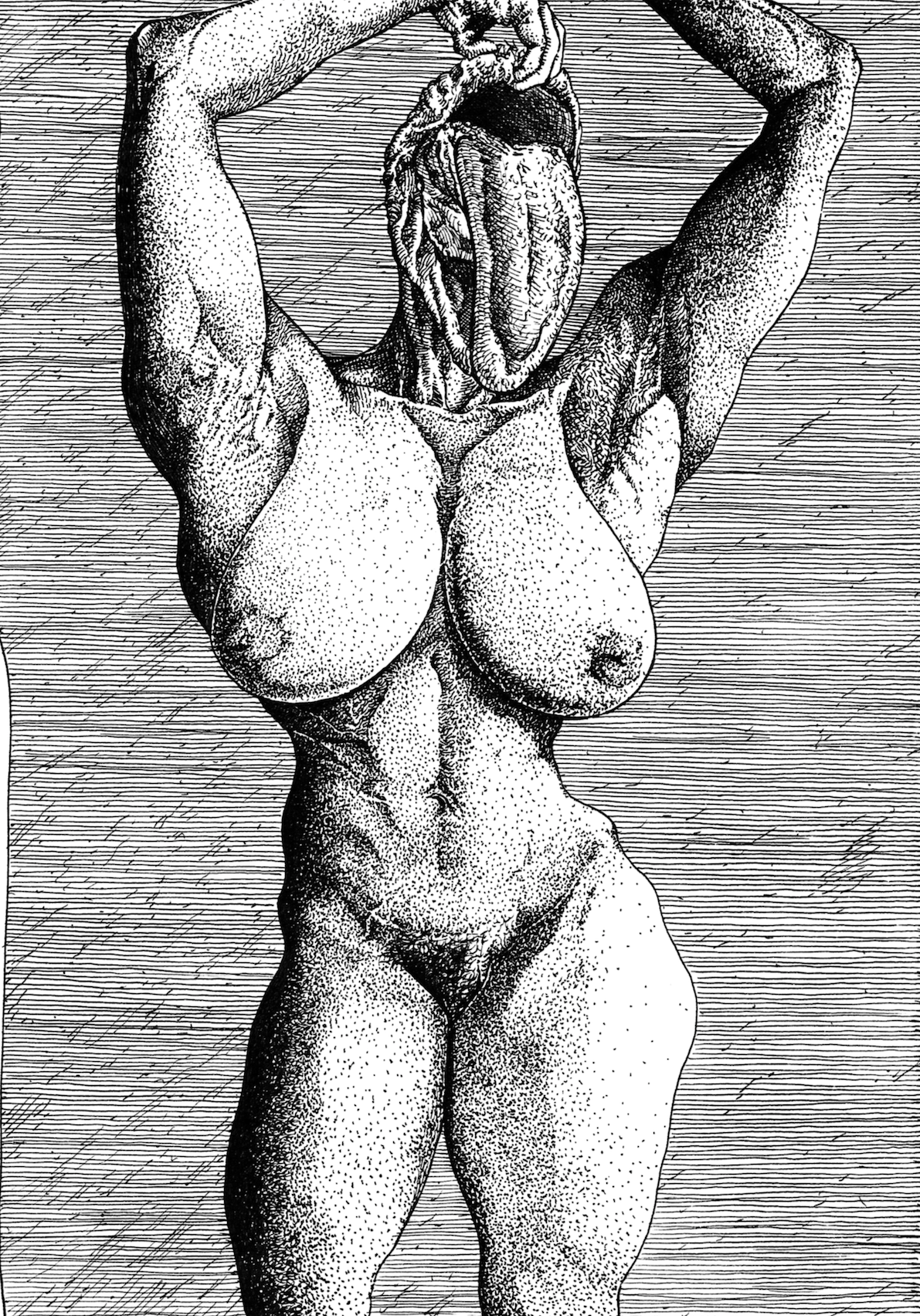 YOU CAN FIND IT HERE
also, this comic is drawn on a sketchbook, so there are no original artworks available for sale, but the artist gave us a couple of beautiful A3 illustrations, if you want an artwork by him, give a look HERE
-
Spotless by Gizem Malkoc
a beautiful 28 pages stapled A4 book
(unfortunately she wasn't our guest in Lucca Comics anymore, for some Turkish Pandemic restrictions, but we promise we will bring her here soon!)
Spotless is the story of a young woman who tries to reach the primeval potential of her own life while following the footsteps of Tao, an eastern philosophy based on compassion, simplicity and humility. Its purpose is to accompany a difficult journey between two mental centers for a brief moment. Meanwhile, it asks us some simple ethical questions that are hard to dismiss. 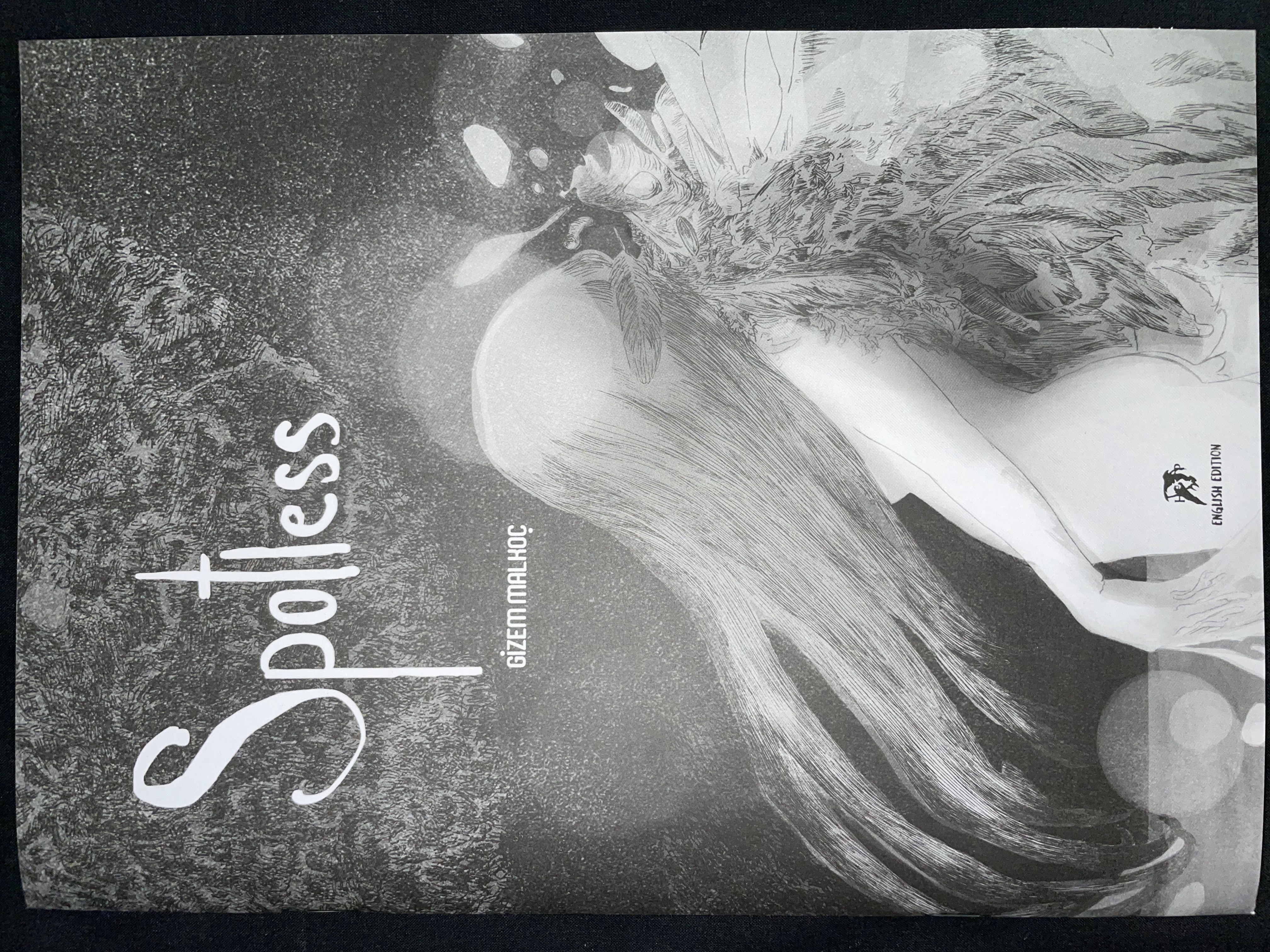 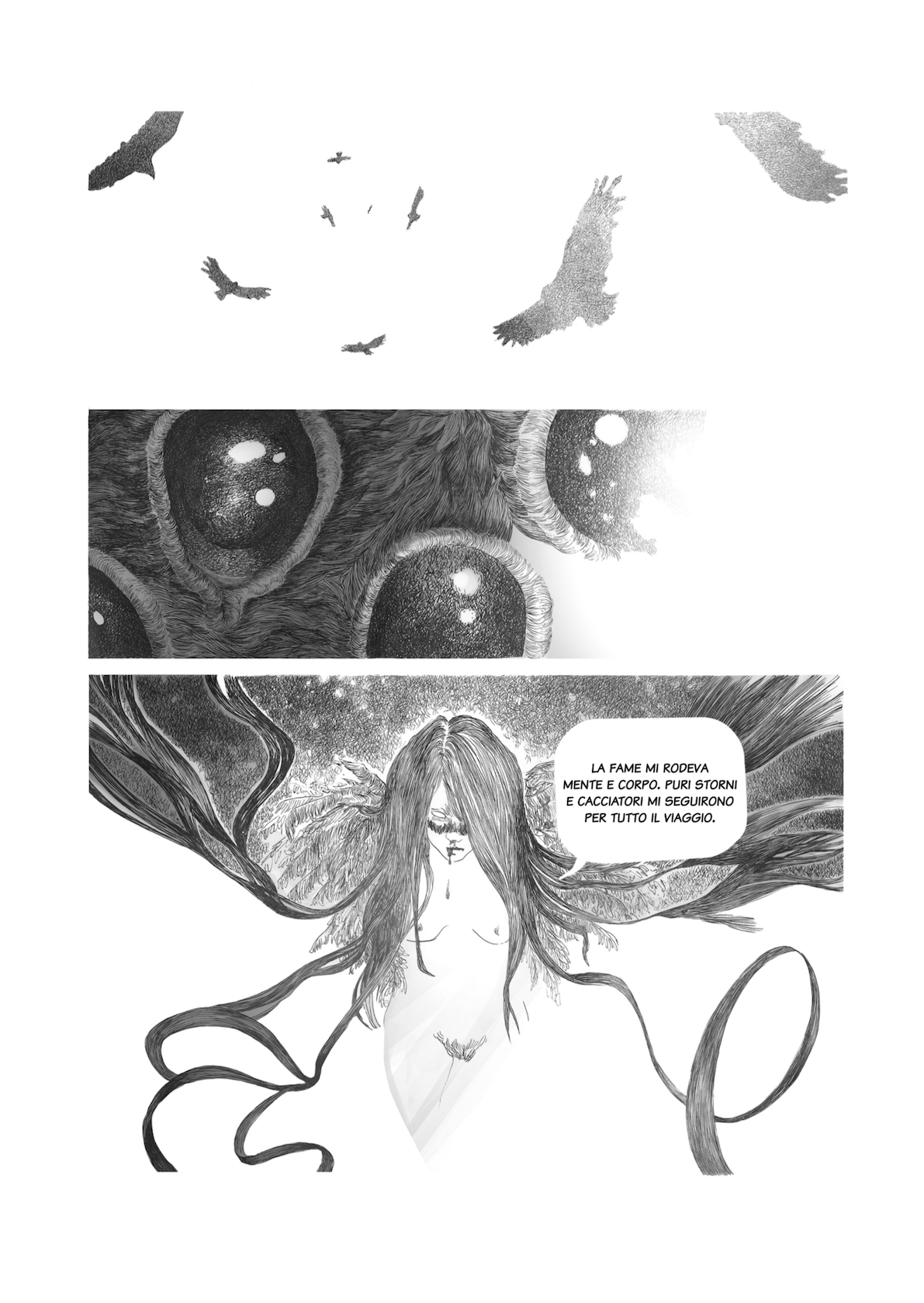 YOU CAN FIND IT HERE
also, we have a couple of HUGE (100 x 35 cm) wonderful illustrations for sale, give a look HERE
like this!

-
Postapoland by Bartosz Zaskorski
comes in two different versions:
_ regular one:
a 48 pages stapled A4 book printed in b-w offset on the prestigious
Palatina Ivory Paper, as a true apocalyptic journal deserves!
_ the collector's edition instead is an Hard Cover and has the following features:
(1) 12 extra pages with early concept drawings, rejected pages, 3D models and digital drawings.
(2) the exclusive Postapoland soundtrack:
played by Bartosz Zaskorski with the aka MCHY I POROSTY;
produced in collaboration with the mighty HDK (heimatderkatastrophe)
(if you like underground dungeon synth music you need to give a look at their store, they have an incredible production and I'm very glad to have collaborated with them!)
*the collector's edition is only 250 copies, hurry up to grab your copy!
A pyramid on the top of a mountain. A tomb on the top of the pyramid. A coffin inside the tomb.
A sun lies in the coffin. This sun is a really angry one.
One day, due to mysterious circumstances, it rises from the coffin. It rises high into the sky and rapidly goes mouldy. The world changes. The times of Postapoland come. Humans turn into beasts. The gods no longer listen.
We then learn the fate of two beasts. They fight each other, fight each other to the death. However, at some point they come to understand the futility of fighting in this strange, senseless world. They become closer to each other and set out to find the head of one of them - cut off during the fight.
Regular HERE                                Collector's HERE 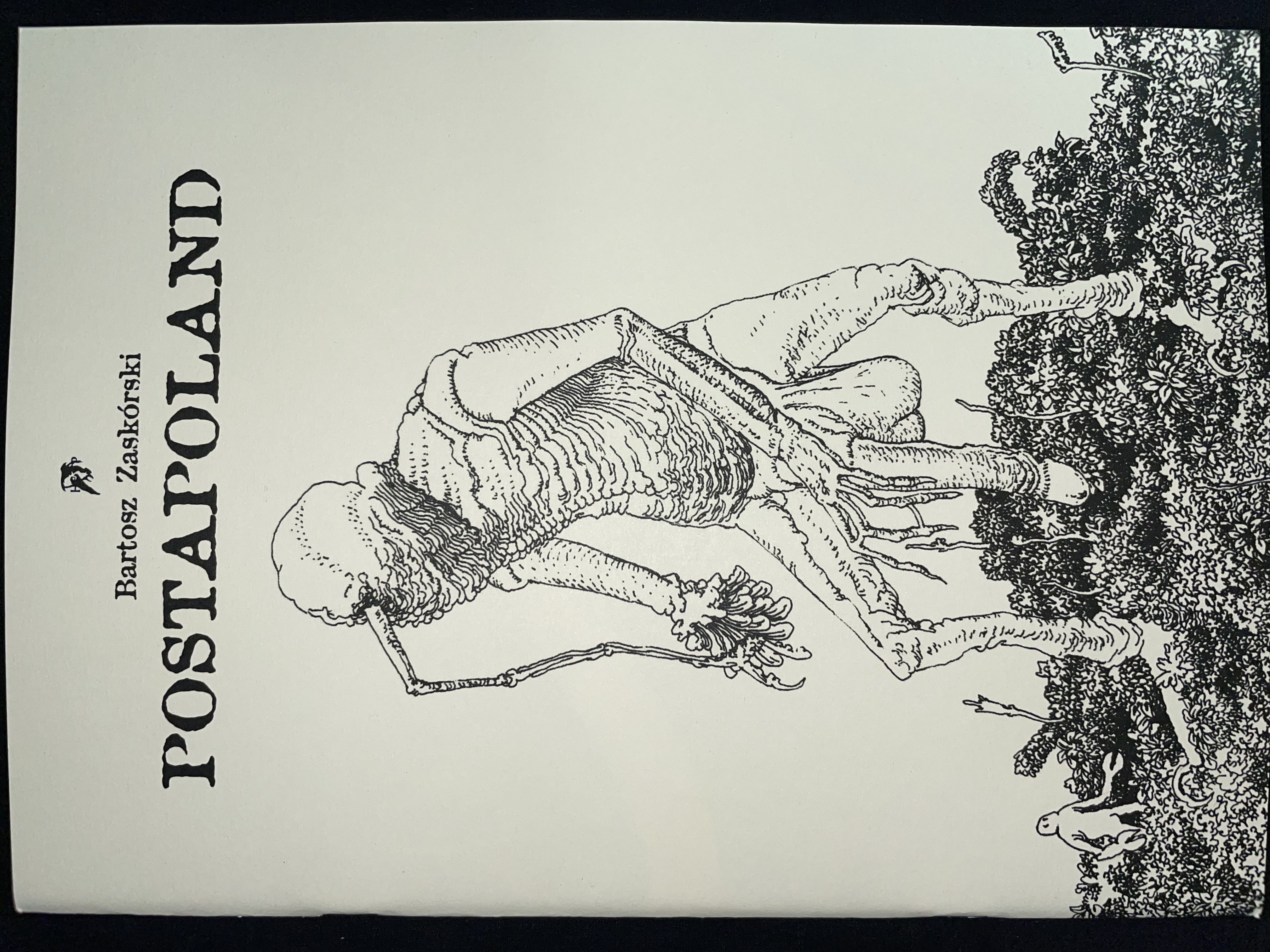 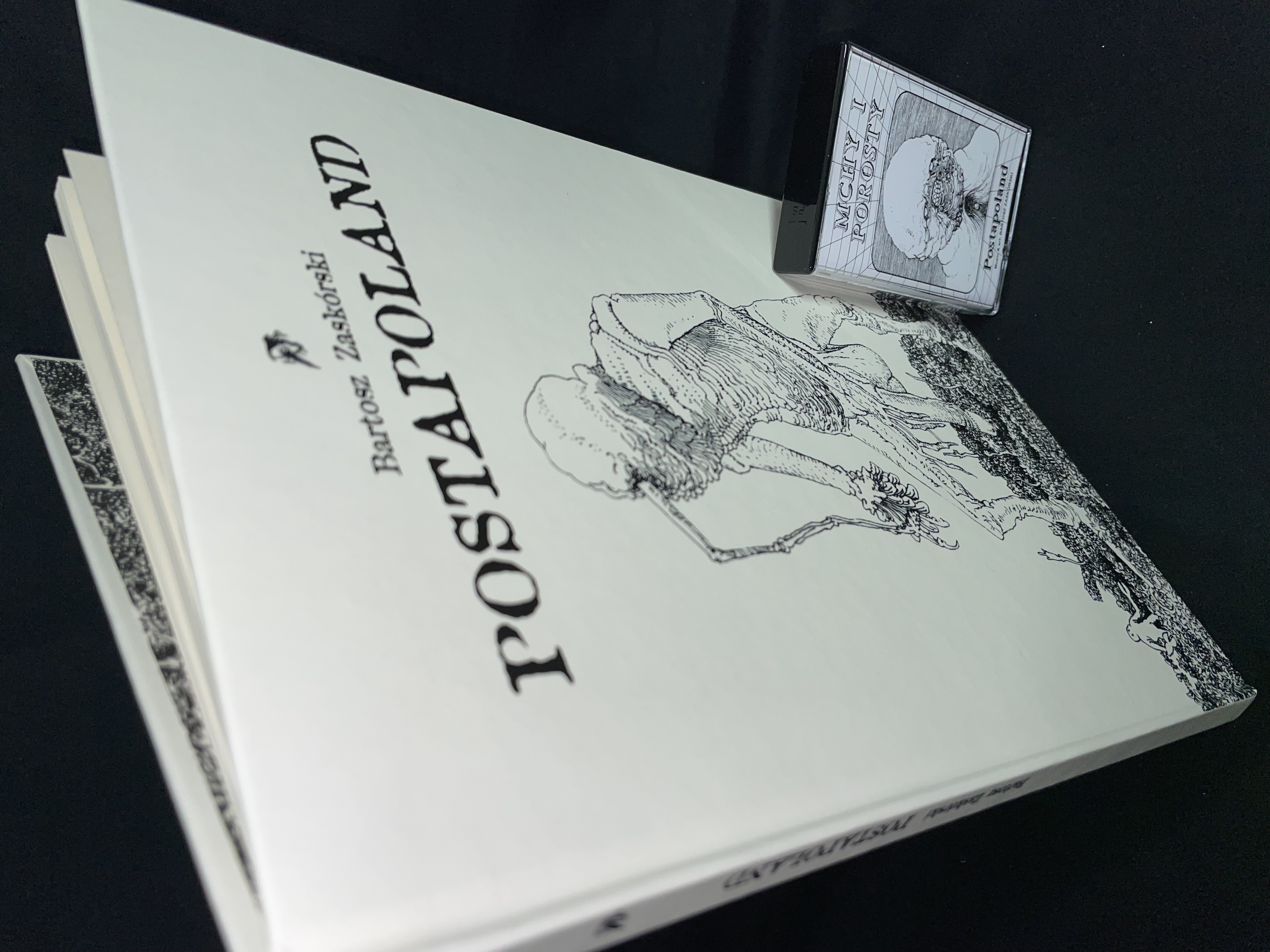 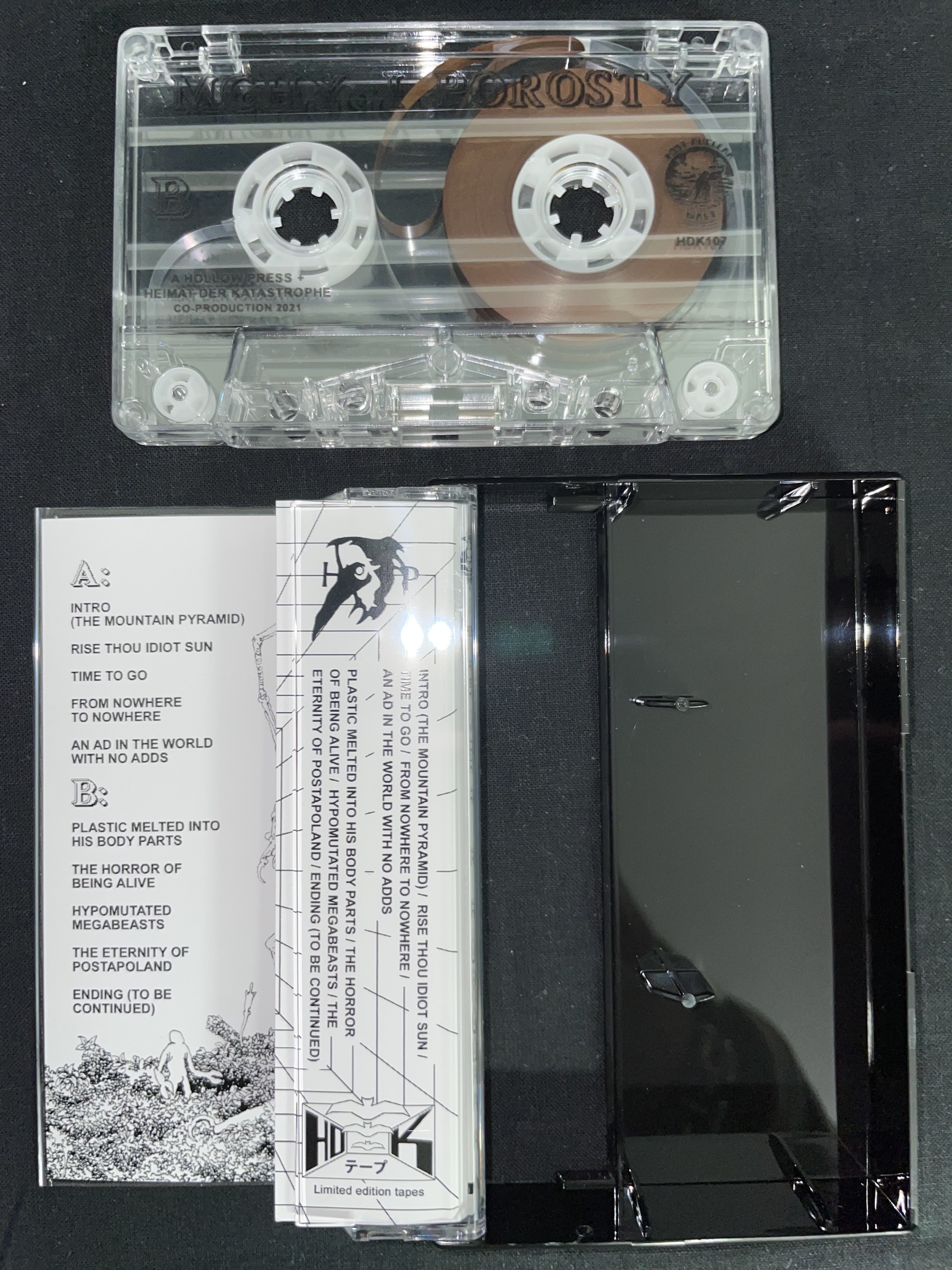 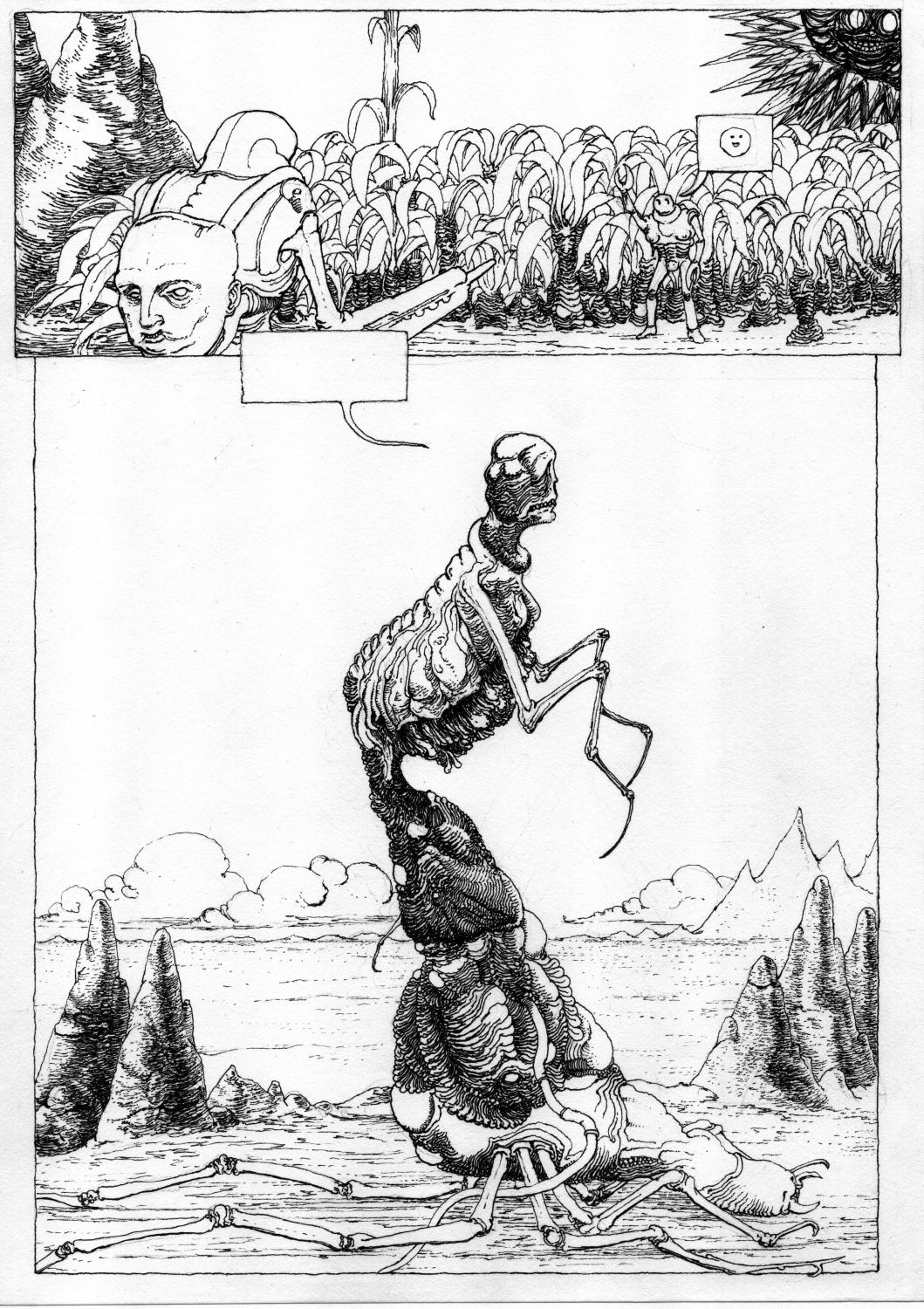 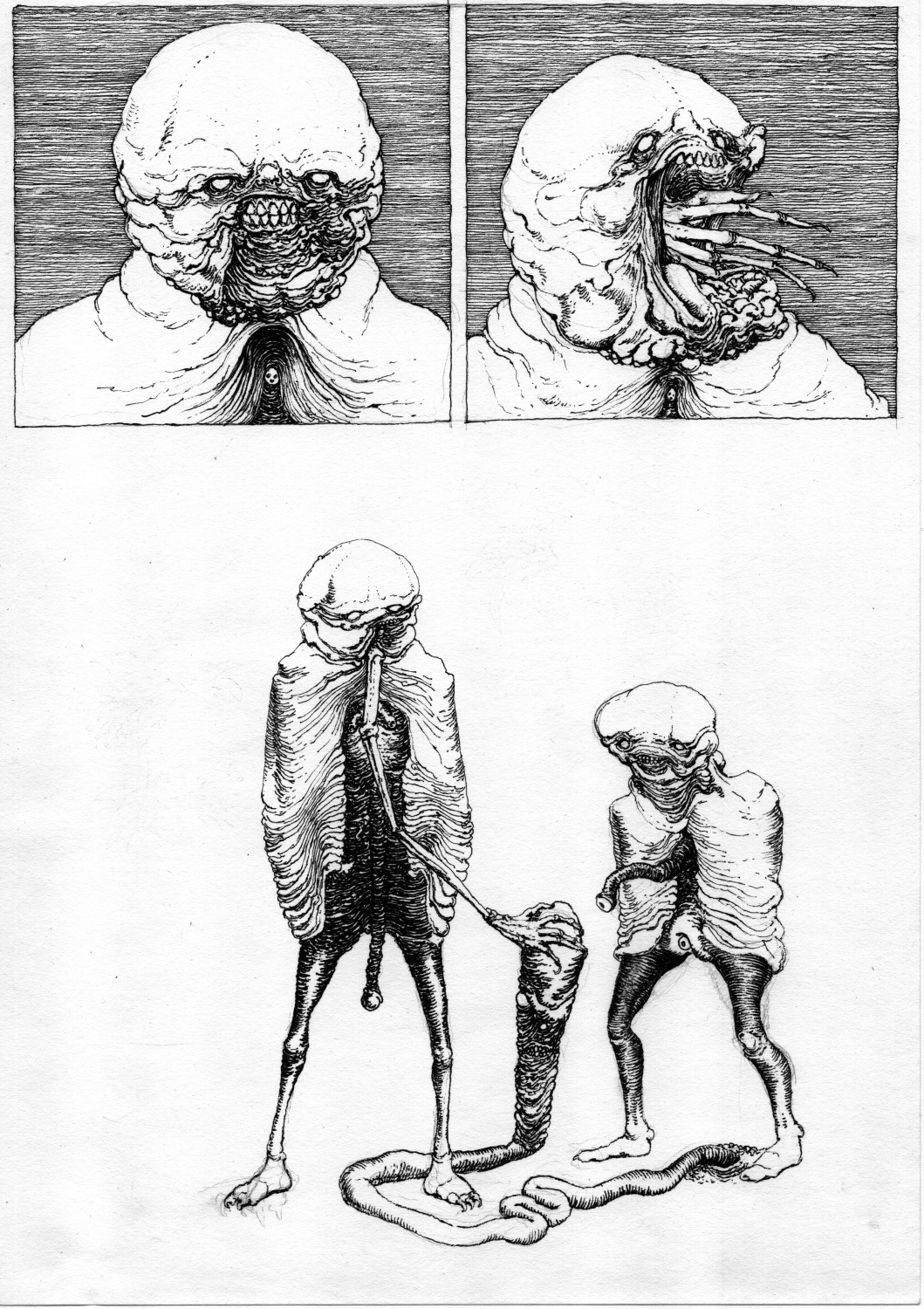 -
Before I leave I want also notice you that we finally updated the store with real pictures and video previews of two of the most important books we published this year:
Manifester Monsters HERE by the legendary Mat Brinkman 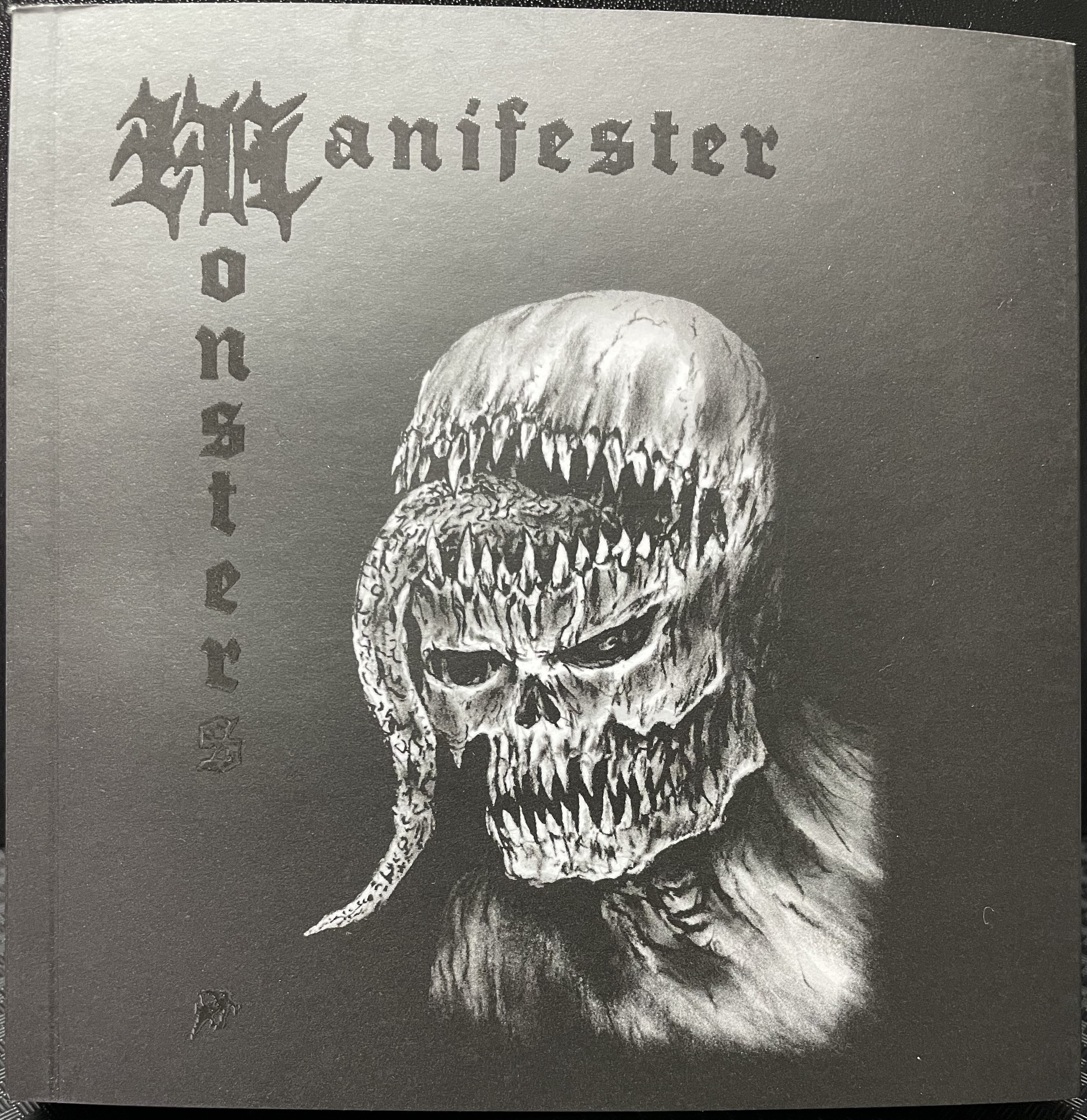 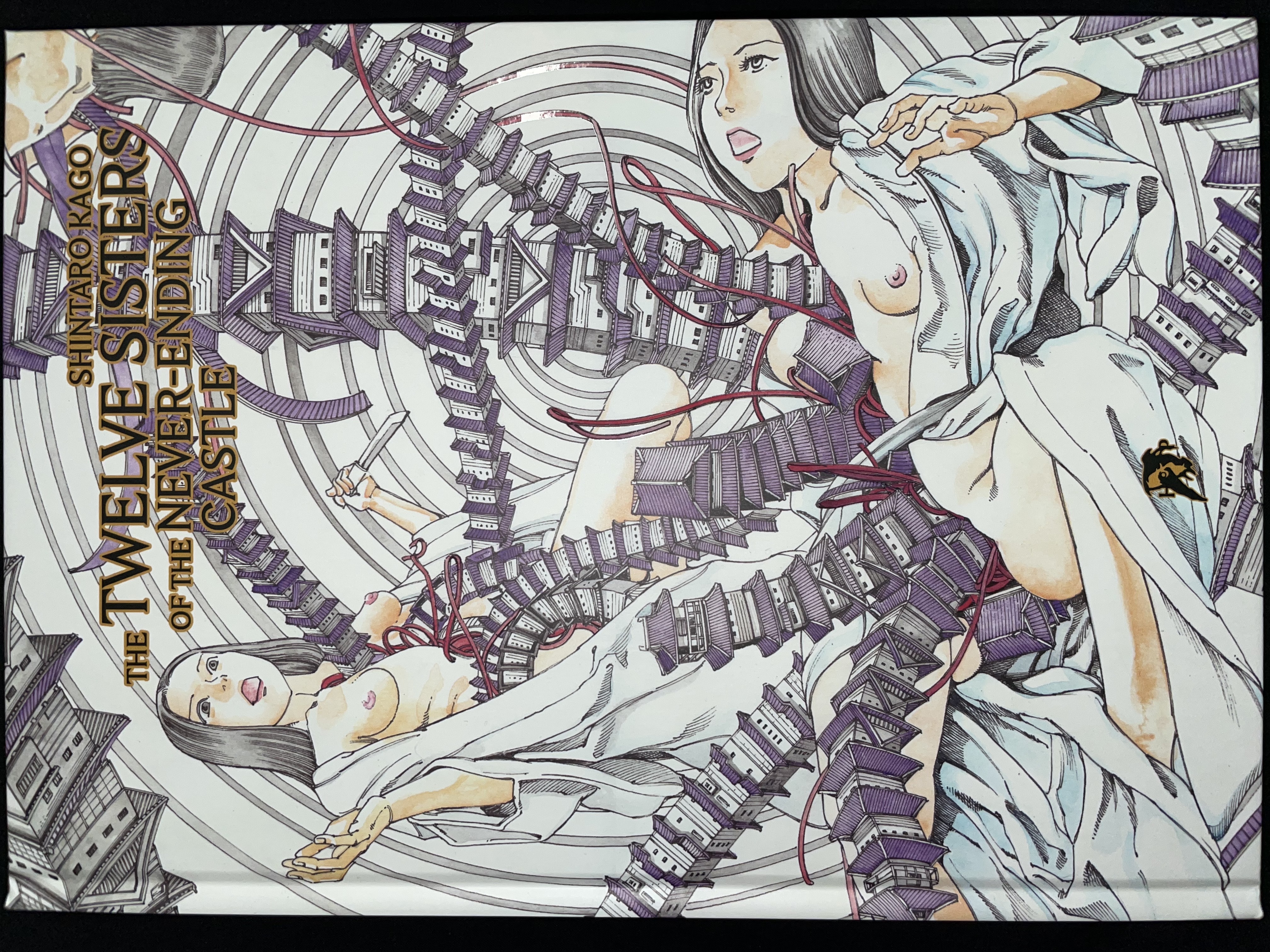 *as always the Harakiri Edition is selling very fast, we have just some dozen of copies left, and it will never been reprinted! HERE the last copies!
---
That all for now, we are really busy, and we are really sorry if we take more time to reply ay your emails than usual, this is the busiest period of the year for work and releases, but all your support make us feel we are doing something of very special. In this November and December we will be sure to give the right visibility at the last productions, but don't be too relaxed, January is a month with some Japanese surprise!
Stay tuned.
And stay safe!
Back to Hollow Press NEWS